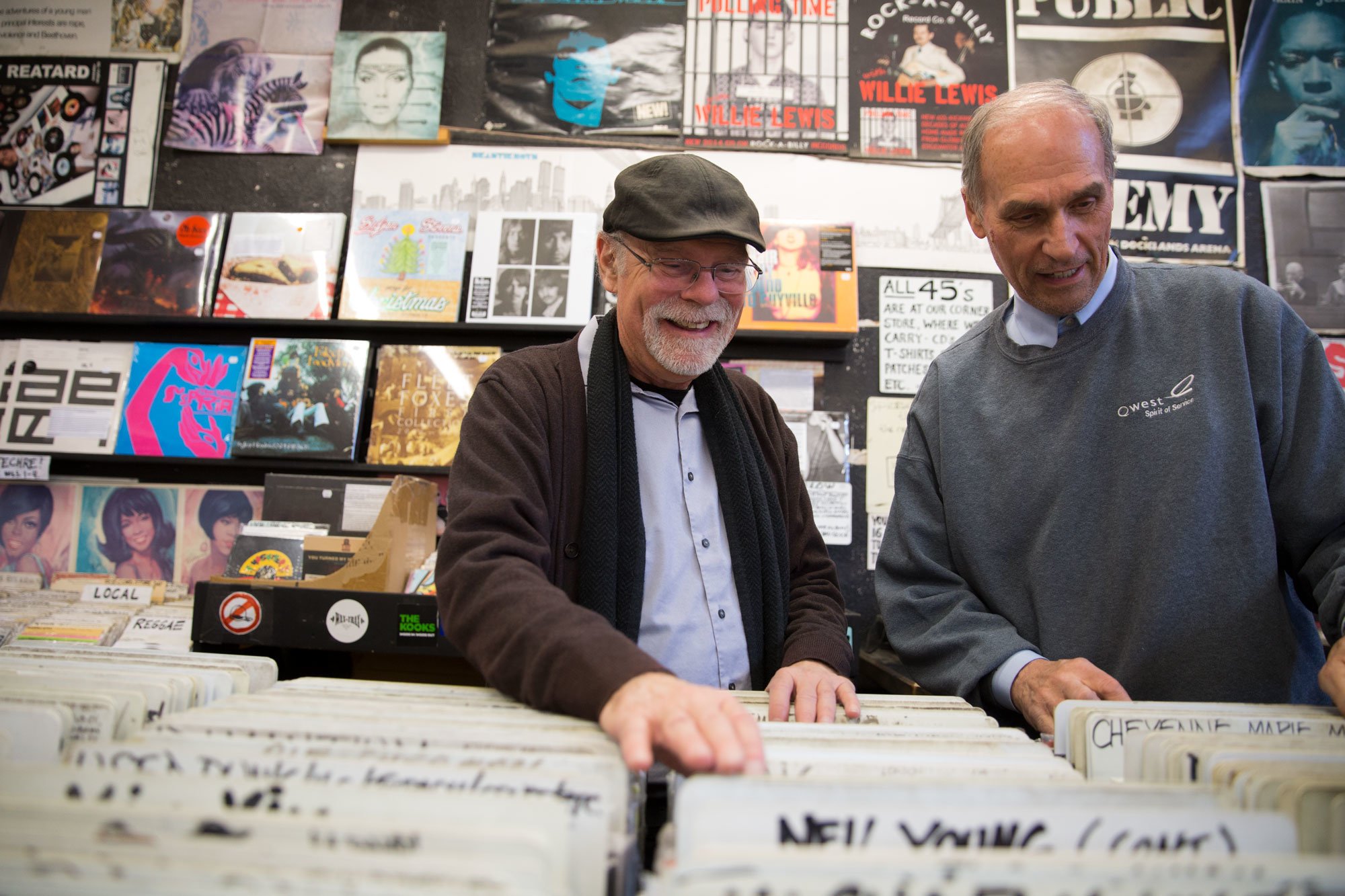 Wax Trax is a brick & mortar record store that has been in Denver’s Capitol Hill neighborhood for over 41 years.  Founded in 1975 by Jim Nash and Dannie Flesher, it was sold to Dave Stidman and Duane Davis (pictured at right) in 1978, and Jim and Dannie moved to Chicago to launch the Wax Trax! Record Label. Look for the “!” to tell the two apart.

Since then, Wax Trax has specialized in bringing the best in independent music to Colorado. In the 70s that meant being one of the only stores in Denver importing Punk and New Wave from England. In the 80s and 90s that search for the latest and greatest expanded, eventually establishing one of the widest selections in the city and one of the centers of the local music scene.

“Wax Trax distinguished itself as the center of the universe for a new kind of fan, obsessed with whatever was new and fashion-forward, and the people they hired fit the niche and met that public with a famous attitude,” -- Westword (Nov. 2018)